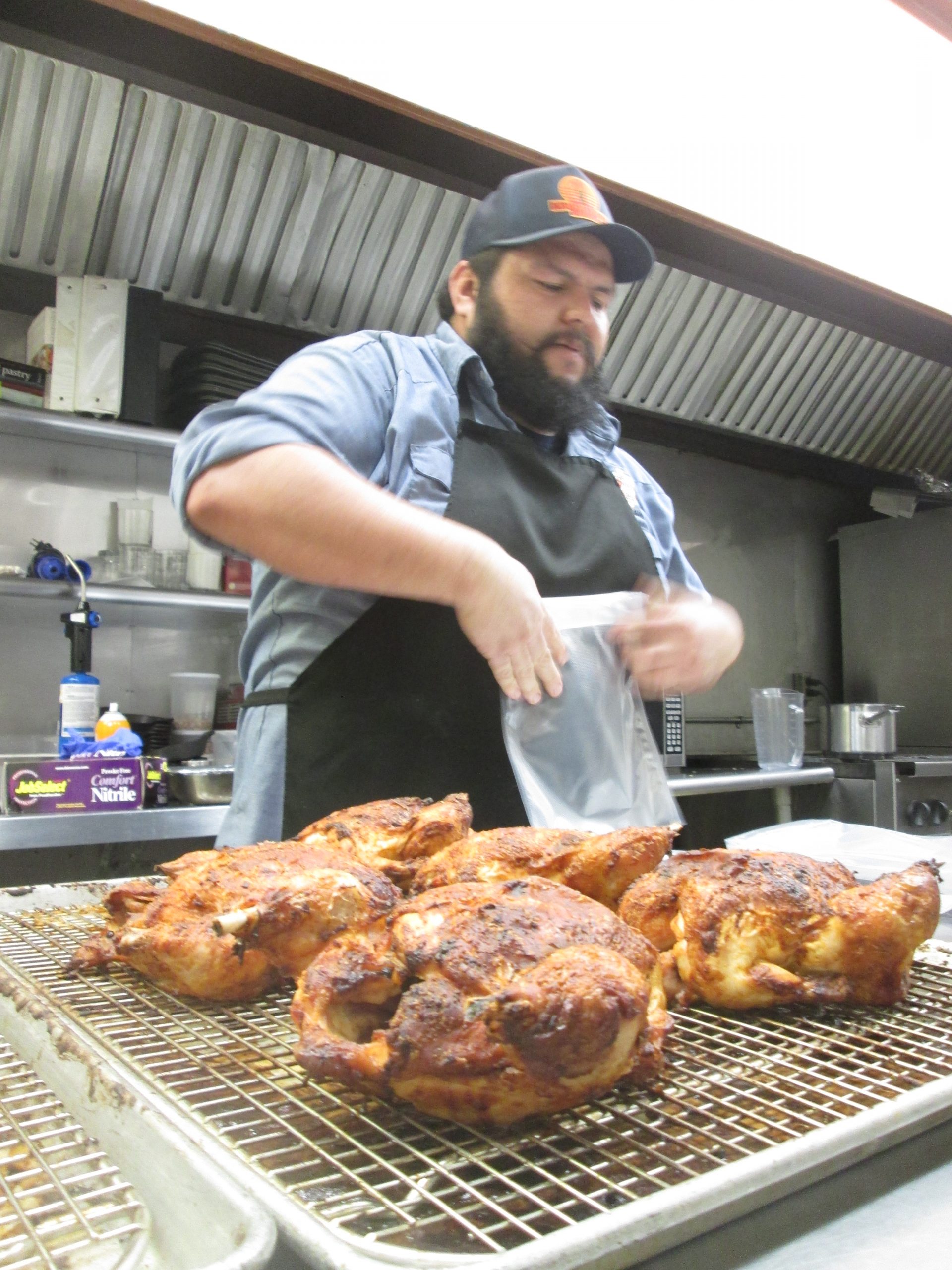 The fare on offer at Marathon’s Gage Hotel has evolved enormously over the life of the hotel, from its humble beginnings in the family-style dining room off the main lobby to the Cenizo Café, and now the 12-Gage Restaurant.

With its modern, upscale take on regional cuisine, the 12-Gage continues to garner accolades, largely due to the authentic touch of its chef, Jose Rodriguez.

Rodriguez, a native of El Paso, has harbored a lifelong fascination with food. Growing up in a traditional Mexican-American family, he and his two older brothers watched his mother and grandmother prepare family meals, and his father make pancakes on Saturday mornings. On Sundays the family would travel to his grandmother’s home in Juarez, where she would make menudo and homemade tortillas. His favorite family meal was his mother’s chile Colorado, a traditional beef stew in a red chile sauce with potatoes. “It was mostly traditional norteno food,” he said.

At 19 Rodriguez began his culinary education at the Texas Culinary Academy, Le Cordon Bleu in Austin, now closed. He completed the two-year program and began his internship at Café Central back home in El Paso, known for its exquisite dining.

“I didn’t feel like I was in El Paso,” Rodriguez remembered. “I didn’t know that kind of food existed. It was a different world. The kitchen was small, kind of downstairs, in an old building. It felt more like New York or someplace else, not at all like the El Paso I knew.” He spent a year at Café Central, getting a serious education in the practical production of fine food.

Around that time, Chef Jason Dady was opening Bin 555 in San Antonio. Rodriguez went to work for the brand-new venture from the acclaimed restauranteur, a wine and tapas bar with a wood-fired oven and trendy Spanish cuisine. He spent a year learning from Chef Dady and then worked in several other San Antonio restaurants to support his young family. “I moved around in a few crummy kitchens, including the hospital, which was a job I took for the insurance. We were expecting our first child so I took whatever I could get, including a tea and sandwich shop. I finally landed in Boerne at the Cypress Grill.”

Rodriguez worked with Tom Stevens and Paul Thompson at the Cypress. “I learned quite a bit from those two guys,” he said. “It was a fast-moving, high-pressure job.”

He moved to Alpine and spent a year at the Reata before returning to the Cypress Grill, where the pressures of city life made the job even more difficult. Boerne had a high cost of living and was overcrowded, and the Cypress Grill was a lot to handle. “I was feeling burned out,” Rodriguez explained. “I was definitely overworked. I was looking for opportunities elsewhere on Craigslist and I saw the Gage’s posting. Chef Michael DiMaggio was looking for a sous-chef. I applied for it, thinking I could spend more time with my family, slow down a little.” 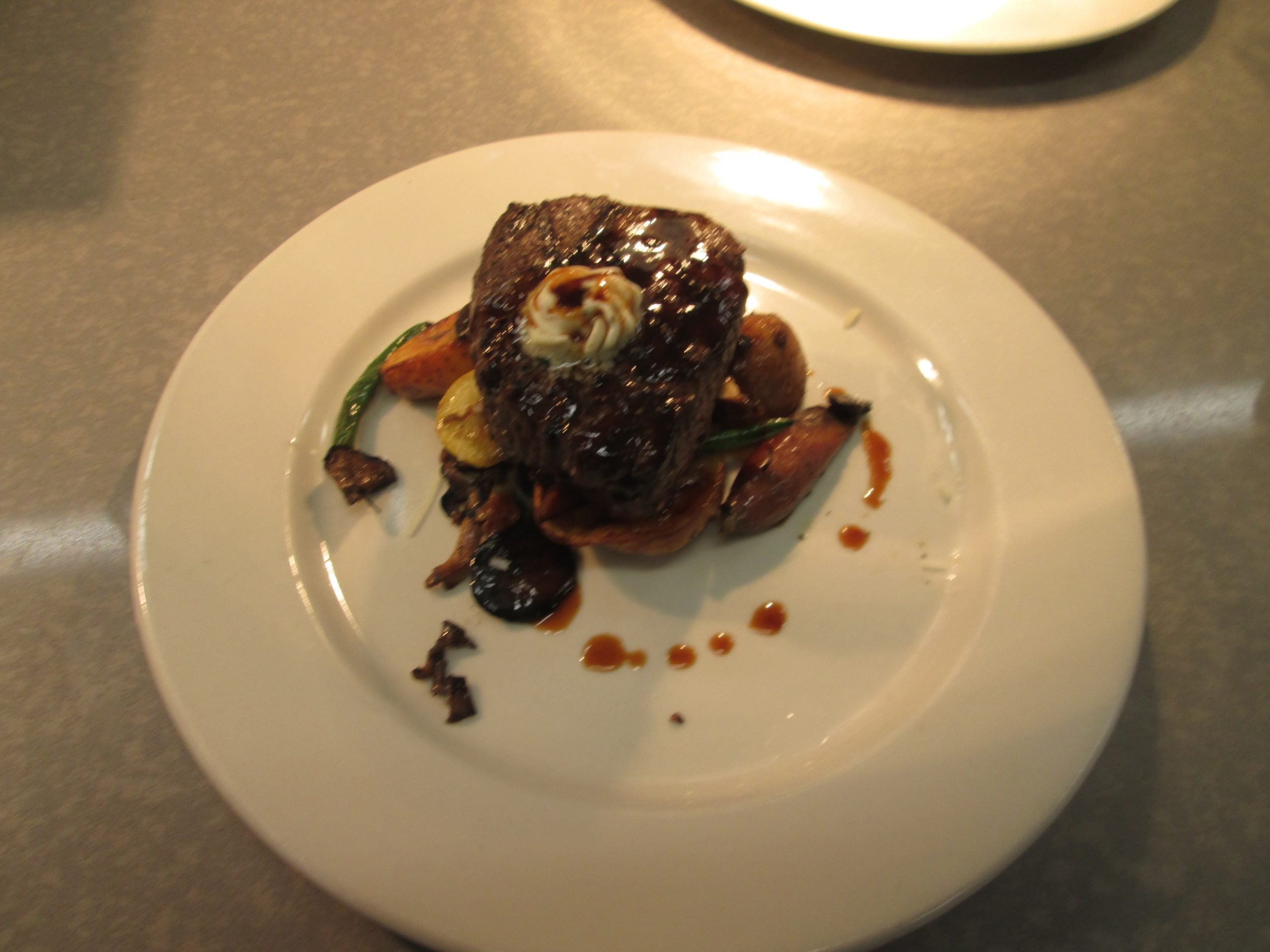 Not long after Rodriguez and his family arrived in Marathon, Chef DiMaggio left, and he suddenly found himself in the chef’s position. His experiences in Texas fine dining had prepared him well, and he took off running.

Rodriguez’s style marries well with the 12-Gage’s signature dishes, which include game meats and traditional Texas fare. “I try to bring more little touches of border flavors,” he said. “Texas cuisine includes influences from the French, Spanish, Mexican and German cultures that all settled here.” He said that menu development is often a team effort with his staff, with whom he maintains a close working relationship. Rodriguez relies on a well-trained team, and he has earned their respect by maintaining high standards while keeping a fun and creative atmosphere. “We’ll come up with the main components of a dish, proteins and sides, and then think of things that will tie in Texas heritage influences,” he said.

These heritage touches often make the dish, as with the shrimp campechanas, a traditional Mexican take on shrimp cocktail. The norteno-style cocktail has the shrimp chopped with avocado, cucumber, jalapeno and cilantro in a spicy tomato-based sauce, served in a glass and eaten with corn tostones. Rodriguez’s seafood chowder, a personal favorite of the author’s, features seared scallops, clams, mussels and a tempura-fried prawn stacked enticingly on a highly-reduced corn and shrimp stock sauce, with bacon and potatoes. Nothing at all like a bowl of stew, the intensity of the flavors makes the dish a memorable experience. Rodriguez sources his proteins with care; the bavette and filet come from Native American ranches in the four corners area, where the grass-fed and grain-finished beef is raised using traditional practices, and the proceeds support the communities.

And what is the chef’s favorite menu item? After a moment of thought, he shrugged a little. “Well, it’s the chicken fried steak,” he said with a laugh. He’s not alone there.

Add garlic, cumin, and chiles to a stock pot and cover with water.

Bring to a boil and then remove from heat.

Allow the peppers to steep until pliable.

Remove the contents from the water and add to a blender.

Add enough water to the blender so that the sauce has a liquid consistency.

Pour the blended sauce through a strainer.
Dredge diced meat in flour.

In a large pan heat oil and sear meat until browned.

This may need to be done in batches depending on the size of the pan.

Add the chile colorado sauce back to the pan so that it covers the meat.

Reduce to a simmer and cook until meat is tender, about an hour.

Add salt and pepper to taste. 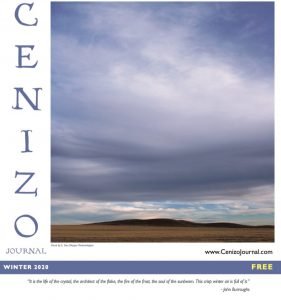