Historic photos of Alpine from the late 1800s, when the town was still known as Murphyville, show a dusty desert outpost on the newly constructed railroad.   Before the railroad, except for a few springs in the vicinity and spots along the creek bed, Alpine was another sunbaked piece of Earth in a wide desert expanse.

As the town became the county seat and an economic center for the Big Bend region, the people who came to settle here transformed the harsh desert into a small forest oasis.  Supported by well water in addition to rainfall,  many species—fruit trees, non-natives and desert species usually found near rivers, creeks, or springs—thrive in the high altitude yet temperate climate of the Texas “Alps.”

Higher altitudes often receive more rainfall released from clouds building and breaking against the mountainous land masses reaching into the sky.  In addition, a recently developed  theory of a “biotic pump” argues that the level of rainfall in a region is influenced by trees and forests.  Where previously it was believed wind currents and rainfall patterns  are influenced entirely by changes in temperature, the biotic pump theory proposes that forests and trees also influence wind currents and attract rainfall.  The atmospheric implications from the moisture generated and held by forests are possibly  a driving force behind the winds directing precipitation.

Regardless of whether or not the increasing tree cover of Alpine has attracted more rainfall, it is certain that these trees are catalysts for life.  What moisture is in the air, they absorb.  The shade they provide cools the earth and slows evaporation.   Their leaves and the birds, insects, and reptiles that trees attract add nutrients to the soil.  A tree’s roots and canopy form a matrix where rainwater  is absorbed instead of running off as often occurs in the open desert.

Here is a look at  some of the trees of Alpine,  the town’s long standing residents whose presence are part of the beauty, refuge, and quality of life  found in this quiet mountain town.

An Elm tree has taken up residence in a narrow alley between two downtown businesses on Holland Ave.  This opportunist tree is found throughout Alpine, popping up in areas where rainfall is diverted.  In the late summer months, a parasitic insect devours the foliage, but these trees are quick-growing and leaf out again each spring. 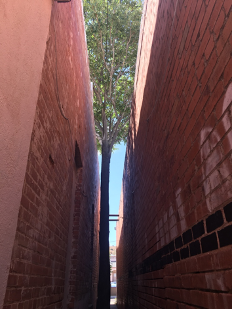 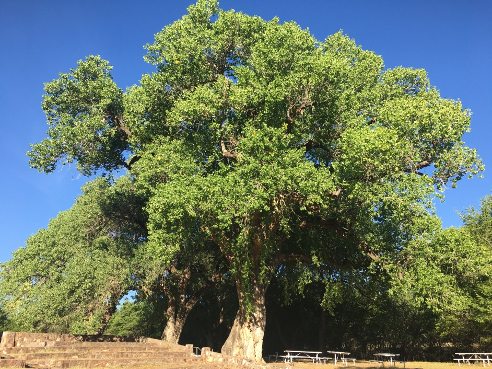 At its base, the trunk of this giant is 26 feet around.  While most species of cottonwood have an average life span of around 50 years, some Rio Grande Cottonwoods are known to be older than 200, and still growing.  In an area of Alpine where there existed an historic spring and the ground water is close to the surface, this ancient tree’s roots have been wet for likely over a century. 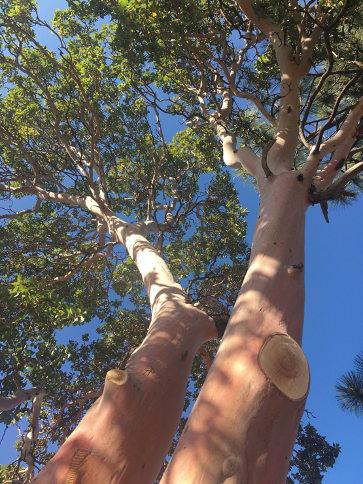 Also known as the Naked Indian, Lady’s leg, Texas Arbutus or Madrono, this evergreen is native to the Trans-Pecos region.  In its youth the Texas Madrone dons a papery, dark brown bark which as it ages is shed to reveal a smooth and pale bark which ranges from white to orange, and apricot to crimson. This tree is typically found in canyons and rocky slopes between 4,500 and 6,500 feet. 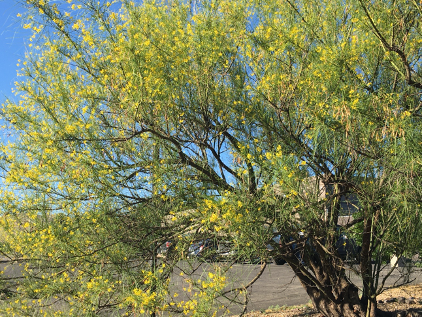 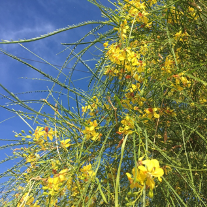 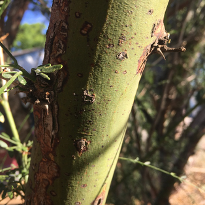 Also known as Retama, Jerusalem Thorn, and Tree of Life.  Palo Verde means “ green stick” in Spanish and refers to the tree’s distinctive bark.  The seeds are edible, and its leaves have been used by Native people for medicinal purposes.  The Palo Verde is native to the Big Bend region, but is usually found below 4,000 feet. 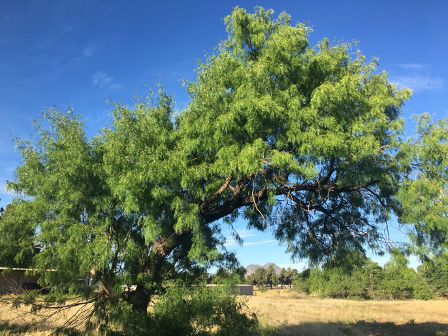 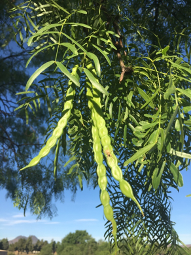 A native drought-resistant tree, the Mesquite has for thousands of years provided a source of nutrition for indigenous people in the American Southwest and Northern Mexico.  The sweet pulp of the seed pod can be dried and ground, or eaten fresh.  Some cultures grind the seeds into a flour.  Mesquite beans reach maturity in late summer/ early fall, when they can be collected, dried, and processed. 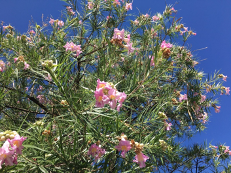 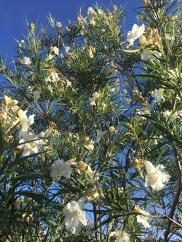 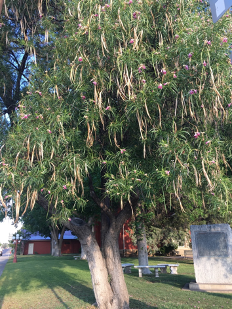 A native of the southwest, it is not a true willow but rather a relative of the trumpet vine. Every part of the desert willow was utilized by native peoples.  The flowers and seed pods can be used for food.  The leaves have medicinal qualities and the bark is useful for its fiber in making cloth and twine. 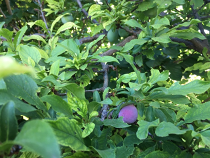 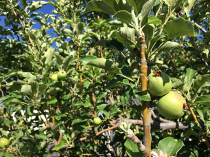 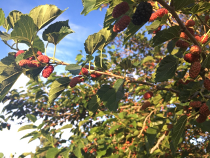 The earliest settlers to Alpine brought fruit trees, and these food-bearing trees continue to be planted by residents.  Except for occasional late freezes where crops are destroyed, it is usual to have an abundance of fruit ripening on trees around town as summer approaches.  Nectarine, Apricot.Plum, Fig, Mulberry, and Apple are among varieties found in the Big Bend region. 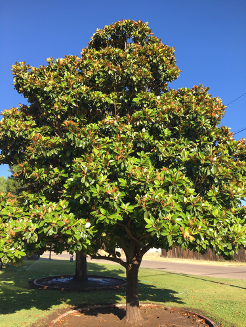 Not native to the Big Bend region, this tree is naturally found on the streams and river beds of East Texas to the Florida coast.  This evergreen is adorned with large lemon-citronella scented flowers that can measure up to almost a foot wide.  Magnolias are a part of one of the oldest flowering plant families, Magnoliaceae, which may have exited on earth for up to 100 million years.  It is believed Earth’s first flowers would have resembled the Magnolia flower. 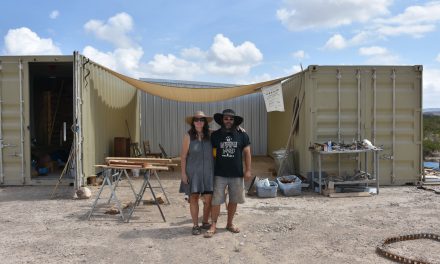 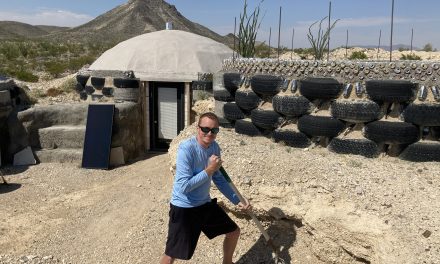 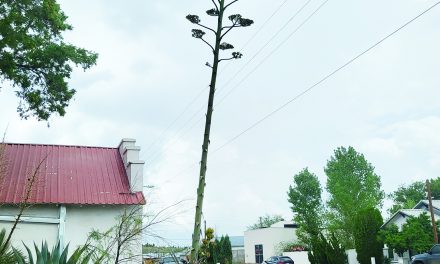