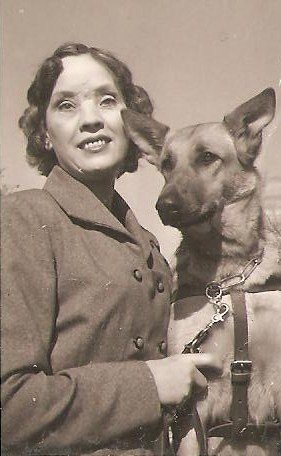 In 1952 the El Paso election season was full of many heated and interesting races, such as the county judge race in which the incumbent, Victor Gilbert, was fighting off a challenge from Hugh McGovern. The media and political observers did not pay a lot of attention to the open seat for a place in the Texas House of Representatives.

Maybe everybody thought that the winner would be the well-respected Police Chief Willard Cline Woolverton or County Commissioner Scott Skidmore. However, neither the decorated police chief nor the county commissioner won. Instead a thirty-six -year old blind national freelance safety lecturer named Anita Lee Blair won.

Though underfunded and politically inexperienced, Anita Blair shook the male dominated political establishment and paved the way for future El Paso women politicians. The story of the Sun City’s first woman state legislator is the story of how one determined woman stood up against powerful influences by exercising her independence and standing up for her principles even if that meant standing alone.

Who was Anita Blair and why did she get involved in politics?

Anita Lee Blair was born in Oklahoma City on September 8, 1916. Blair came to El Paso as a child in 1924. She graduated from Austin High School in 1933. Politics ran in the family: Her grandfather served in the Oklahoma State Senate and her mother was a cousin of Vice President Thomas Hendricks.

Blair lost her sight at age twenty in a car accident and was later assisted by a German shepherd named Fawn who was her guide dog. The first in El Paso, the duo became well known in the city. Blair was asked to talk to various clubs and organizations. With Fawn’s help Blair earned her Bachelor of Arts and Master’s degrees from the College of Mines and Metallurgy, now the University of Texas El Paso.

Blair and Fawn became well known nationally because of her career as a national freelance lecturer traveling all over the country speaking about accident prevention to schools, factories, clubs and organizations. The duo made national headlines again with their escape from the LaSalle Hotel fire in Chicago in 1946 and in 1950 when Blair successfully protested being denied entry in the U.S. Senate gallery because Fawn was not allowed in.

Blair became more than just a lecturer, advocating for the passage of safety legislation in Congress and was working to kill a bill that would have given unlimited fundraising power to the National Safety Council. Blair saw it as a money-making gimmick. She claimed that in retaliation people representing the National Safety Council came to El Paso when she was serving in the Legislature and told people she was a communist.

Blair came back to El Paso in 1950 to make an unsuccessful run for the state Legislature, losing badly but not giving up. Instead she prepared for a second run in 1952 with the intention to eventually run for Congress. She announced her candidacy to the El Paso Times, saying, “I do not feel that I am going to set the world on fire, but I feel that there is a place for some practical work to be done.”

Her candidacy received national attention. It was probably the first time a completely blind woman was going to run for a seat in a state legislature.

Anita ran as a populist, refusing any help or support from any organization or defeated politicians. She did not have the big money or large organization that could have been available if she had requested and received the support of the establishment. She wanted to run on the issues and be elected on her own merit.

Blair ran on what she called a visual approach, running newspaper advertisements with photos of her and Fawn. She went on the radio when she could not go to one of the many campaign rallies that were held throughout the county.

Blair was the only the woman on the 1952 ballot. The last woman at that point to be elected countywide was Anna Marie Tobin. Tobin was the first woman to hold a non-education related elected office. She was elected in 1924 and resigned in 1941 because of illness. Blair was just the sixth woman from El Paso to run for the Legislature. The first women to run were a pioneer El Paso woman physician named Alice Merchant, and Ressie Cloonan, who both ran on the Republican ticket for the state House of Representatives in 1922.

Blair’s platform included preserving free enterprise, individual and state rights, improving the schools without having to increase taxes and opposing sales and income taxes. Blair told Carol Taylor from the New York-Telegraph & Sun that she wanted to work for safety saying Texas did not have much of a driver’s training program. Blair also thought Texas was backward when it came to education for the blind.

Blair tried to appeal to the working man and went in front of labor unions. She went to the workers directly, not just relying on the unions. One of her newspaper advertisements said, “She has the understanding of working man’s problems through earning her own living despite handicap of blindness.”

Blair was also studying for her doctorate at the College of the Mines and thought she could get support from her fellow students.

“I want to make sure that the college is not overlooked in funds for expansion programs,” she told the El Paso Herald Post.

In one of her newspaper advertisements Blair talked about her experience and education that qualified her for the job: “After earning two college degrees, Miss Blair has conducted and managed her own business throughout the United States for seven years without the assistance of any other person and in spite of her blindness. As a professional educator and student of government she can apply her knowledge of lecturing, radio, and public relations to carry out her platform.”

Blair claimed she was first in qualifications and was first on the ballot. She took on her six male opponents declaring “My opponents have not committed themselves to any specific platform – my position has (been) entirely clear.”

Blair had a strong showing in the first primary. Blair led her opponents by 3,200 votes but was not able to avoid a runoff because she got under the fifty percent requirement. So, the field was narrowed between her and Police Chief Willard Woolverton.

Blair had a big lead over Woolverton, whose campaign seemed to be weak and was low key. He did not provide a strong platform, and the race had no issues. Blair started campaigning for the runoff on primary election night after the results came in.

In the runoff election, Blair found herself in a bitter race. Someone was spreading rumors that she was against the unions and that she would beat Fawn. Both rumors were false. Blair told the El Paso Times that while the accusation was absurd, it angered her because her father was a union carpenter. She also said she grew up with no hard feelings against organized labor and that there was nothing in her platform that could be considered to be against the interests of working people. “Whoever is misinterpreting my remarks must be more interested in my opponent than in organized labor,” she told the El Paso Times.

Blair accused Woolverton of only running on his record as police chief and not having a platform: “My opponent has never been quoted on a platform; his campaign is solely based on the fact he has been in public office for forty years,” she told the Times.

In one of her campaign fliers, Anita went after Woolverton: “He makes it clear that he considers the Texas Legislature a place where old policemen go to rust!”

Neither major El Paso newspaper endorsed a candidate. However, Post columnist B.U.L. Conner urged people to vote for Blair writing that she was “no dope” and that people should give her a chance, citing her Master’s degree and her lecturing experience. He believed she had good ideas and would work at the job – “When we think of some of the people who have been sent to the Legislature, we are sure we will work for Anita Blair in this muddy election.”

After a hard-fought campaign Blair won by a wide margin over Woolverton. After her win, Blair reflected back on the campaign. “The men just didn’t realize that I’d be a threat when I went out and campaigned on my merits.” Her victory made national headlines; even Time magazine did an article about her victory.  Blair won unopposed in the November election after local Republicans refused to run a candidate against her.

After her victory Blair left for Austin to take her seat in the Texas State House of Representatives and to take her place in history. Her election was proof that big money or meddling political bosses could not stop a young woman who wanted to serve and prove her worth to her male colleagues. Blair would not be silenced and was not going to be a pushover. She planned to show the male dominated political and business establishment what a strong, independent woman politician looked like. 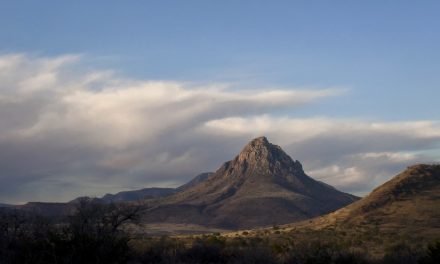 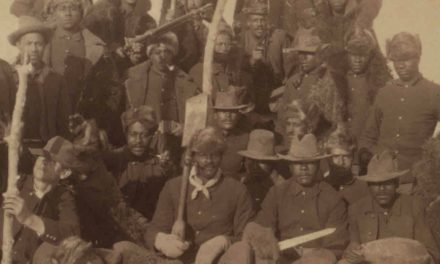