The Panther, Cat of Many Names 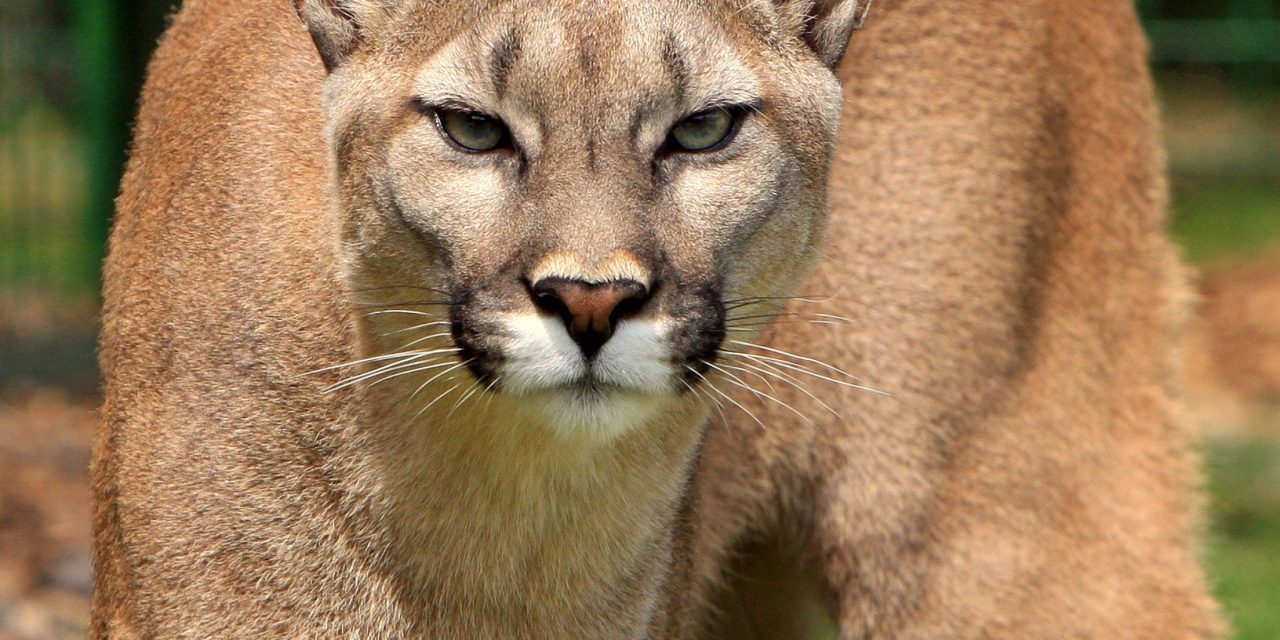 I had arrived in West Texas the previous afternoon, but my friend insisted that we head out to Big Bend Park early the very next morning. We grabbed a coffee and a cinnamon roll at the coffee shop and headed down Highway 385 to the park. The drive to the park takes an hour, giving us plenty of time to chat. First up after we entered the park was a short hike to a spot my friend wanted me to see. I could see the desert dunes, limestone cliffs, an amazing desert landscape down and across the Rio Grande to Mexico; the Chisos and Del Carmen Mountains and Boquillas, Mexico.

It was a landscape meditation. Along the trail I had seen rabbits, roadrunners, and turkey vultures overhead, but the absolute prize of the morning was on our return hike. As we came down, there was a fairly long stretch of straight path before it curved around the hillside. As we walked along, still in desert reverie, ahead of us about 20 yards, a panther silently stepped out onto the path, walked down the trail a short distance and then slipped back into the mesquite and brush. We both had stopped walking; we were in astonishment. We waited several minutes before we finished our hike back to the parking lot, feeling amazed by our encounter. Folk tradition says that sighting a panther means good fortune. We both felt truly fortunate to have seen one.

The panther is a cat of many names. It is called mountain lion, panther, puma, cougar and catamount, to list the most common ones. Their range is from The Yukon in Northern Canada through all of North America, Central and South America all the way to Cape Horn on the southern tip. There are only a few pockets of habitat left east of the Mississippi, as farming has changed the land use in the last 150 years.

Panthers are very adaptable and can live in all sorts of climates, from the jungles of South America and the Everglades in Florida to the Davis Mountains and the Chihuahuan Desert climate right here in Big Bend. They have tawny-colored fur and are two-and-a-half to three feet tall at the shoulder. The male can weigh 120 to 220 pounds and be up to six feet long, with a tail equal in length to their body. The females are smaller, weighing 80 to 140 pounds, and about five feet long. In the wild, panthers live to be eight to thirteen years of age; in captivity they often live 20 years. Panthers are loners and only travel as a pair when they are mating. Mom is the sole caregiver, spending almost two years raising her kits. The size of a litter depends on living conditions. A litter of kits can be as small as one or as big as six, but the most common size is two. Often one of the two die before their second year. The kits are born with dark spots, which have disappeared by the time they are two. Babies nurse only three months; Mom spends the next year and a half teaching her kits to hunt. 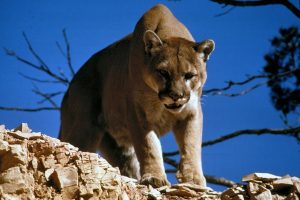 The Panther is a solo hunter and is most active at night. They take down prey by ambush, very similar to the way a house cat hunts. They prefer to catch a deer about once a week and stash the carcass for daily meals. They will hunt any animal as food from rabbits to young javelinas here in Big Bend, to alligators or beaver elsewhere. They do not roar, as lions or tigers do, but similar to your house cat, panthers both purr and meow. A single panther needs a large territory for hunting and rarely socializes, but they do have families with overlapping territory. Some male panthers pair up with one female, while others have several partners.

It is rare to see a panther anywhere. They are solitary and shy. If you do see a panther stay calm. Hold your ground or slowly back away. Face the lion and stand upright. Never approach a panther, especially one that is feeding or with kittens. Panthers will try to avoid a confrontation. Give them a way to escape. Do not run. Running makes you look like prey. Look them in the eye. If you have small children with you, pick them up if possible so they don’t panic and run. Although it may be awkward, pick them up without bending over or turning away. If the panther moves towards you, make yourself look big and intimidating. Be loud and firm. The idea is to convince the Panther that you are not prey and that you may be a danger to it so it will leave. If that fails and the Panther does attack, FIGHT BACK! A panther will go for the head or neck, so remain standing and face it. If you are involved in a face-to-face encounter with a panther, contact a ranger at one of the park’s visitor centers or a sheriff as soon as possible. But don’t worry if you do see a panther. In the past 100 years there have been only 25 fatal panther attacks in the entire United States.

In many tribal cultures in the Americas, the panther is a noble animal, a sign of good hunting, often associated with fire and the color yellow. It can represent a clan of healers and is thought to convey good luck when you see one. The natives of the Southwest considered the panther to represent one of the six directions. Today the panther represents formidable athletic ability—for example, The Pittsburgh Panthers Basketball Team or The Carolina Panthers Football Team.
I have just one more tidbit to tell you about panthers. Black panthers are not really panthers at all. In the Western Hemisphere they are jaguars and in the Eastern Hemisphere they are leopards. The black coat coloration is caused by a rare combination of alleles (part of a gene) which increases dark pigment, melanin, in the animal’s fur and skin. They can’t purr, but they can roar. Our tawny lion of the Western Hemisphere purrrrrrrs.